Source: DTN News / NYTimes.com By MICHAEL SLACKMAN
(NSI News Source Info) CAIRO, Egypt - May 18, 2010: Iran announced an agreement on Monday to ship some of its nuclear fuel to Turkey in a deal that could offer a short-term solution to its nuclear standoff with the West, or prove to be 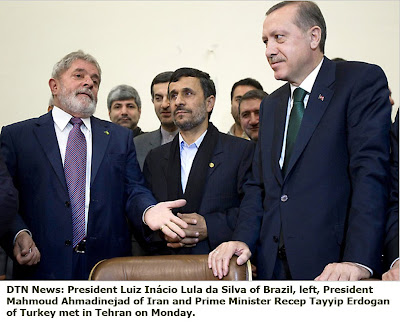