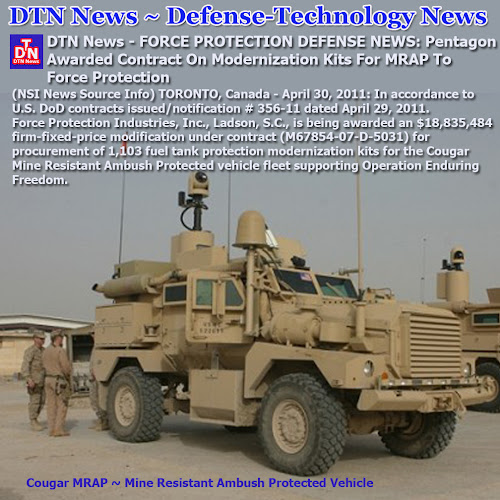 Force Protection Industries, Inc., Ladson, S.C., is being awarded an $18,835,484 firm-fixed-price modification under contract (M67854-07-D-5031) for procurement of 1,103 fuel tank protection modernization kits for the Cougar Mine Resistant Ambush Protected vehicle fleet supporting Operation Enduring Freedom.
Work will be performed in Ladson, S.C., and is expected to be completed no later than Dec. 31, 2011. Contract funds will expire at the end of the current fiscal year. Marine Corps Systems Command, Quantico, Va., is the contracting activity.

Posted by Defense-Technology News at Saturday, April 30, 2011 No comments:

ixed in with the accounts of the wedding, estimates that 1/3 of the Earth’s population, or 2 billion people, will have watched it on TV.

Late this afternoon, as Buckingham Palace switches from the formal to the informal and prepares for a flamboyant post-wedding party, the Queen and Prince Philip will slip quietly away. 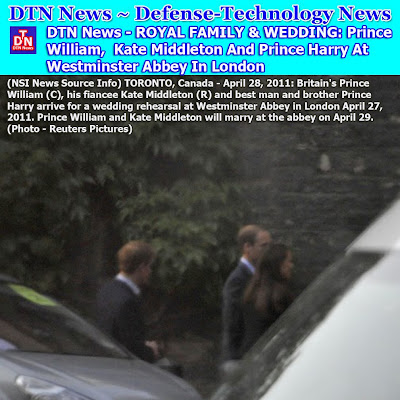 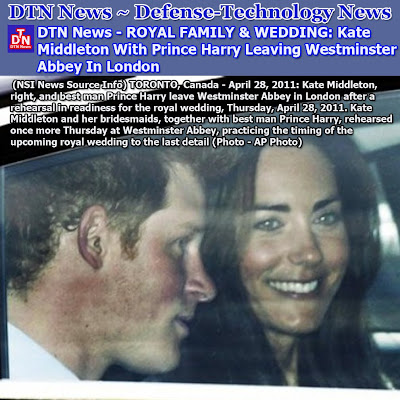 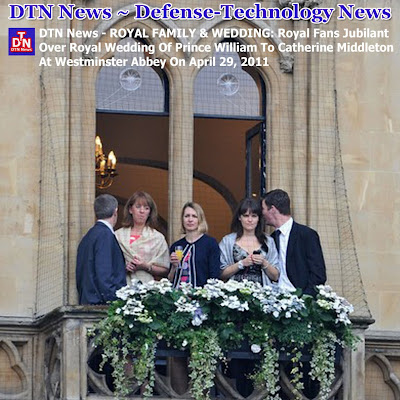 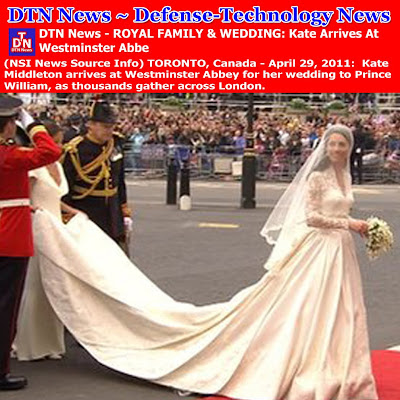 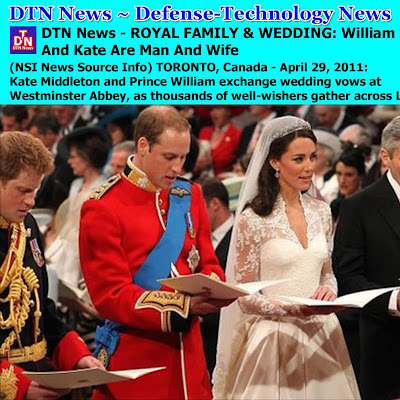 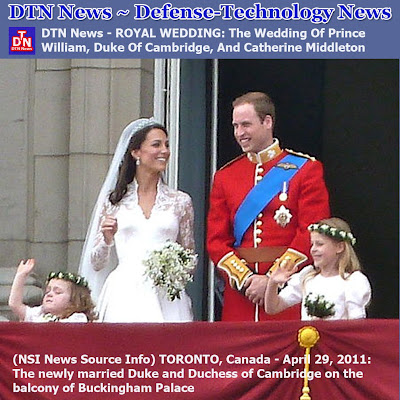 Nearly 64 years after their marriage, the romance between the couple remains as strong as it ever was. Both had decided that at 85 and 89 respectively their place was not at the centre of a lively and very loud party. And both feel their presence would take the attention away from Prince William and his bride.

‘They will also be rather tired,’ says a Palace flunkie. ‘After all, they have the wedding in the morning and then a reception for more than 650. But mainly they want Kate and William’s friends to be able to let their hair down.

‘It’s a momentous day for her and the Duke, seeing their grandson marry, and they want to reflect on it alone. In many ways William and Kate remind them of themselves, from the length of their courtship to their wish to live in officers’ quarters, as they did after their marriage.’

There is, however, another reason for their seeking solitude — they have to steel themselves for one of their most challenging visits of the Queen’s reign. In just over a fortnight they will be in the Irish Republic, where already there are near-hysterical demands that she publicly apologise for England’s treatment of the Irish.

Within hours of her arrival, the Queen will lay a wreath in Dublin’s Garden of Remembrance, a shrine to IRA resistance. Instead of prompting admiration for her reconciliatory stance, she has been accused of insensitivity.

Ex-Army officer and Tory MP Patrick Mercer tells me: ‘Her Majesty’s appearance at the Garden of Remembrance is an extraordinarily magnanimous gesture. She is absolutely in tune with the reconciliation process.

‘No doubt extreme Republicans will object, but I support her as I am sure do the majority of people in Ireland. It is a good thing. There are no politics in death.’

Posted by Defense-Technology News at Saturday, April 30, 2011 No comments: